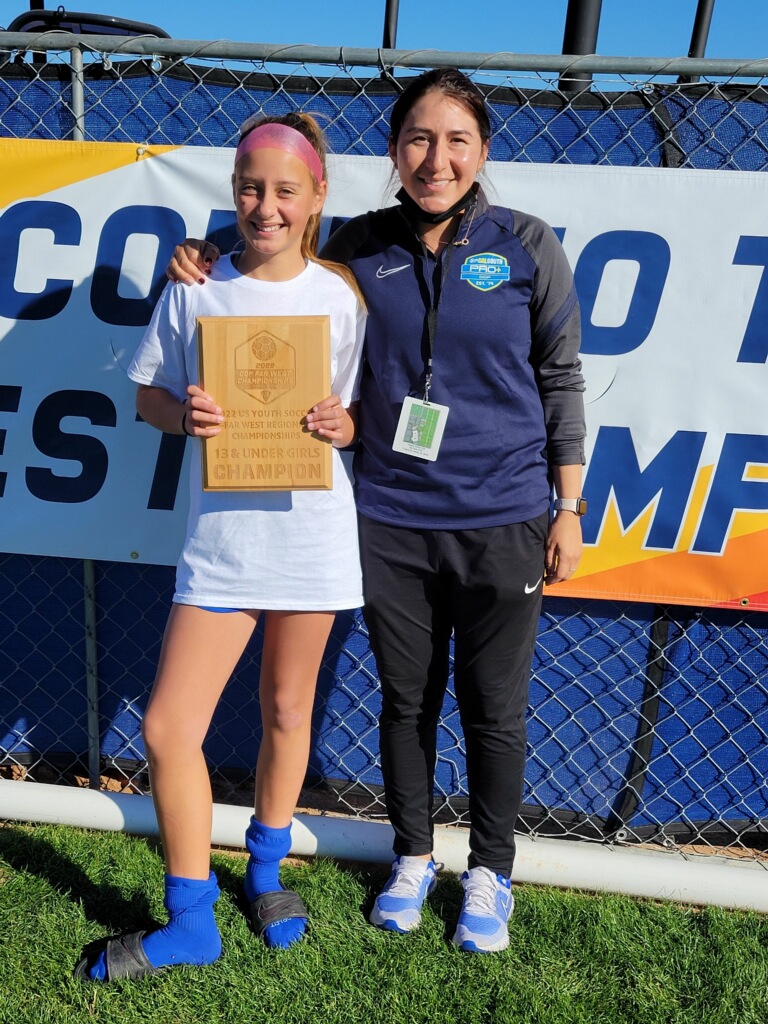 Makeli Leonard, of our Girls 2008 Gold team, recently competed in Cal South ODP Far West Championship.  In the summer of 2021, Makeli attended a 5 day ODP Residential Camp in Ojai, and performed well enough to receive an invitation to the Winter Player Pool for the 2009 age group.  Competing against a group of over 40 individuals, Makeli demonstrated toughness, leadership, and talent, and earned a spot on the final roster.  The Cal South ODP team dominated the Far West Regional bracket play, securing wins of 9-0 (Utah), 5-0 (Hawaii), and 7-0 (Idaho).  In the Semi finals, Makeli helped lead her team to a 2-1 victory over Washington and a spot in the finals.  Her team finished off the tournament with a 1-0 victory of Cal North ODP for the Championship.  Congratulations to Makeli on this amazing accomplishment.